I'll straight up drink half a glass of whole milk and a whole glass of half and half I really don't give a shit anymore.

Today, I downloaded a medicine reminder app to help me remember all the things I’m taking and DAMN, does that make me feel 💀💀OLD💀💀

We said goodbye today to “Kitty,” our backyard cat for the last 13 years. Too feral to let you touch her but would rub around your ankles. She returned your meows and blinky eyes. She was a sweetheart in her own way. I will truly miss her. 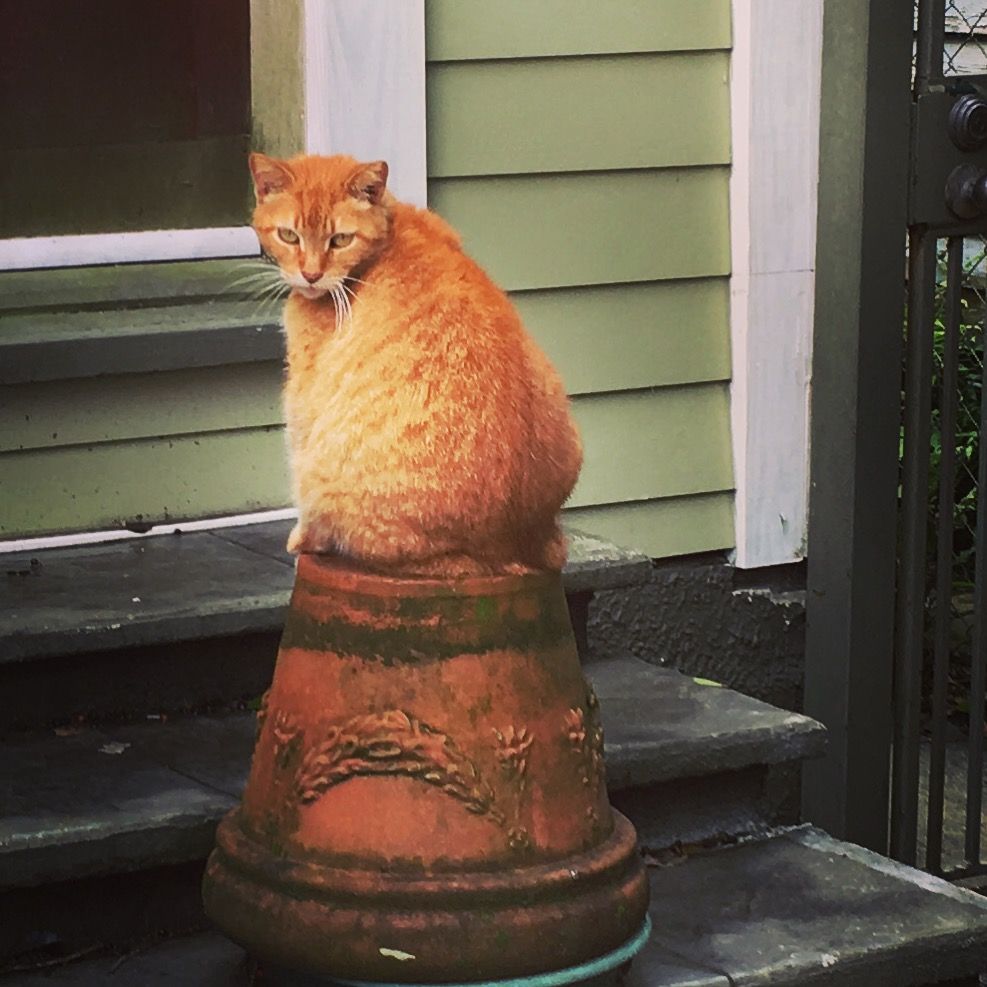 Billy Joel’s “We Didn’t Start The Fire” came out 30 years ago today. 59 people are namechecked in it, and today only 5 are still alive:

Four weeks ago, on a whim I picked up a Crosby, Stills, Nash, and Young biography. I just finished my second bio on them because the first one only went up to 1974, and have completed listening or at least sampling all music made by the four members.

Let’s look at how many tracks I added to my “keepers” playlist:

But wait, there’s more. When I started reading, I was already very familiar with CSN&Y music, and I had 7 Neil Young albums.

“Most people who want to change conditions… love it here. They love it so much they cannot stand to see it suffer from its imperfections, and want it to live up to its ideals. It is the people who placidly accept the corruptions and inequities in our society who do not love America; they love their status, security, and special privilege.

“We not only have a right, we have a responsibility to make our environment as just and as flourishing as our Founding Fathers declared it must be if it were to live up to its aspiration as ‘the standard of the world.’

“If all the settlers who came here with high hopes for a new and finer social order had been compelled to ‘go back where they came from,’ we would have had no United States of America. This country was born out of dissatisfaction with the old scheme of things, and grew on the blood and dedication of men who were not afraid to speak and work for fundamental changes in the whole political and social structure.”

The human race is my team. We’re all one people, sitting on one rock that’s floating in infinity. I wish we would act like it. https://www.nrm.org/2014/02/golden_rule/#post/0

Friday the 13th: both sides

Both the willingness of Jason to chase down teenagers with a knife to murder them and the unfortunate volume teens use while they scream for help presage a particularly bitter and unpleasant camping trip.

While everyone agrees that Jason’s serial killing is disruptive, the teens are doing the public peace no favors by both screaming loudly and then ruining the floorboards by bleeding to death on them. Both sides could do better.

“The problem is not with the teens,” a teen spokeswoman said. “It’s that Jason keeps murdering them.” When asked if the teens planned to apologize for the disruptive screaming and the stains left from bleeding to death, she refused to comment.

And while serial killing is a controversial move, Jason’s spokeswoman felt it would win out over the teens. “Ultimately, voters find teens annoying,” she argued. “Their pleas to live and their tendency to trip while running for their lives does them no favors.”

Allies of Jason objected to the word “murder” to describe slashing teens to death. “The real problem is the teens,” a voter in a nearby diner said. “If they want to live, they should spend less time making out with each other and more time singing patriotic songs.”

“I wish he methods weren’t so harsh,” piped up the diner’s companion, who was wearing a Hat with a picture of Jason reading, “Make Camping Great Again.”

“Maybe he could smother them to death instead of slash them? But ultimately, he’s my serial killer and I trust his judgment.”

16 years ago today, I first stepped onto a Bourbon Street stage to perform. Green as green could be. Capable of performing maybe 30 songs. Today, my repertoire contains over 2000 songs! Thanks to all who helped me when I felt I was in over my head! : John Autin, Ken Gustafson, Jonno Deily, Steve Monroe

I was already impressed with Mayor Pete Buttigieg after hearing him speak. So thoughtful, intelligent, and natural-sounding. Then I heard him consider which James Joyce novel compares to running for president and I’m like, holy jeepers he’s eloquent and extremely well-read. Then I heard that he learned to read Norwegian just to read a book that had not been translated into English. (He speaks seven languages, in fact.) And just now I learned that he spent six months practicing to perform “Rhapsody In Blue” on piano with the South Bend Symphony. I’m now officially a super-fan! Don’t know if he has a chance but hopefully he can elevate the discourse in the election. https://www.nbcnews.com/feature/nbc-out/meet-pete-buttigieg-gay-democratic-candidate-president-n961861

The 5 warmest years in 140 years of record-keeping have been the last five, and 18 of the 19 warmest years ever recorded have occurred since 2001.

“We’re no longer talking about a situation where global warming is something in the future,” said Gavin A. Schmidt, director of the Goddard Institute for Space Studies, the NASA group that conducted the analysis. “It’s here. It’s now.”

80-year old Gerty Molzen sings “Walk On The Wild Side” on Letterman, 1986. Performance at the 39-minute mark. This is not a Letterman joke/bit. Gerty was a chanteuse in her younger years and then had some novelty singles in the mid-eighties. (For extra fun, turn on the auto-generated closed-captioning and watch it struggle.)

Trump, 2 years in office. Number of indictments: 90, and counting… So far, Trump’s best friend, lawyer, campaign manager, campaign advisor, and national security advisor have ALL been arrested or plead guilty to crimes.

Old video of Mom and Dad

Watched 27 Movies. (20 narrative, 7 documentaries) Made 3 trips to the cinema. Once Upon A Time In Hollywood (sets a mood of a time and place and